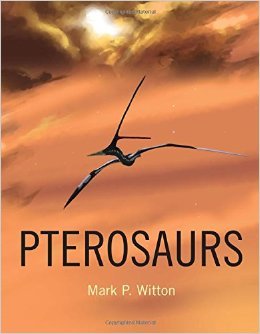 In the field of paleontology it's very difficult to find a reference guide that exclusively and extensively describes up-to-date information on pterosaurs. As an animal group, pterosaurs tend to either be ignored in favor of their dinosaur cousins or simply given a cursory glance at some point before the focus returns to the dinos. And that's in educational media. In popular media, everything that makes pterosaurs a unique and interesting class of animals is completely ignored in favor of a view that they're just "dinosaurs with wings", resulting in ugly, wyvern-like abominations that fit more as caricatures of pterosaurs than the real thing.

In the late 2000s, where interest and research on pterosaurs began to grow, there was a desperate need to change that.

Enter Mark P. Witton, a renowned paleontologist, paleoartist and pterosaur expert, who published a book in 2013 entitled Pterosaurs: Natural History, Evolution, Anatomy. With Witton's beautiful and vividly detailed artwork coupled with a narration that is both informative and entertaining, this book supplies a fair amount of info on pterosaurs is as up-to-date as possible.

Unfortunately, paleontology is a very swiftly evolving science, so some information quickly became outdated. As far as pterosaur research goes, however, it holds up surprisingly well and is a wealth of fascinating information.

Basically the pterosaur version of Dinosaurs: The Most Complete, Up-to-Date Encyclopedia for Dinosaur Lovers of All Ages.