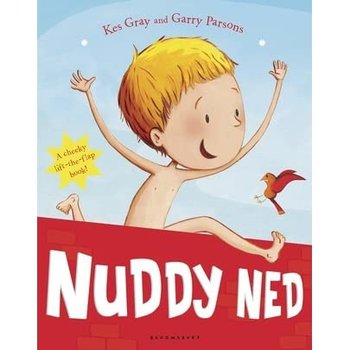 Nuddy Ned was a children's book published in 2013 by Bloomsbury that was written by Kes Gray and illustrated by Garry Parsons. The story is told in rhyme and entails a young boy named Ned one day deciding to run around naked in public while his parents desperately try to get him to put clothes on.
Advertisement:

In 2016, a sequel titled Nuddy Ned's Christmas was published, which had Nuddy Ned go streaking on Christmas Eve in hopes of meeting Santa Claus.