Literature / Have You Seen My Potty? 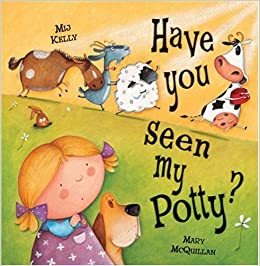 Have You Seen My Potty? is a children's picture book about a girl named Suzy Sue (who also features in Achoo! and A Bed of Your Own!).
Advertisement:

Basically she uses her potty every day (which is treated as very important) but then the animals on the farm take it because they think it's useful, and she goes around asking the animals if they've seen her potty, only they don't know the word for "potty".

Have You Seen My Potty? contains examples of...