Literature / Froth on the Daydream 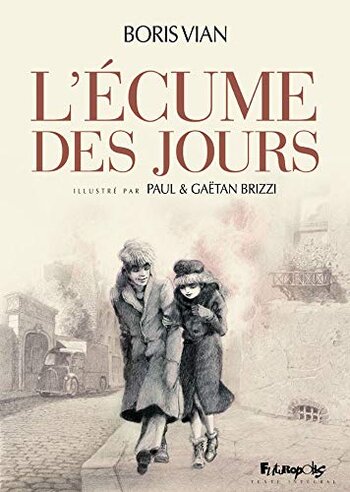 Froth on the Daydream (original title L'écume des jours, literally Foam of the days) is a 1947 novel by French author Boris Vian. It tells the story of a wealthy young man named Colin and his love for Chloe, a girl dying of a water lily in her lung. Other characters include Colin's best friend Chick, his girlfriend Alise, and Nicholas—Colin's cook and Alise's uncle.

The novel has been adapted into an opera and three feature films, the most recent being 2013's Mood Indigo by Michel Gondry, starring Romain Duris, Audrey Tautou, Omar Sy and Alain Chabat.

The novel and its adaptations provide examples of: