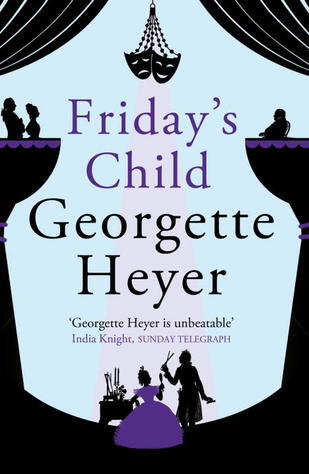 Friday's Child is a 1944 historical romance novel by Georgette Heyer. It's considered one of her best works, and was reportedly her own favourite book.

Viscount Sheringham is running out of money, and can only touch most of his inheritance if he marries. After his proposal is rejected by the woman he loves, he decides to propose to the first woman he meets. This turns out to be Hero Wantage, who has been in love with him for years.