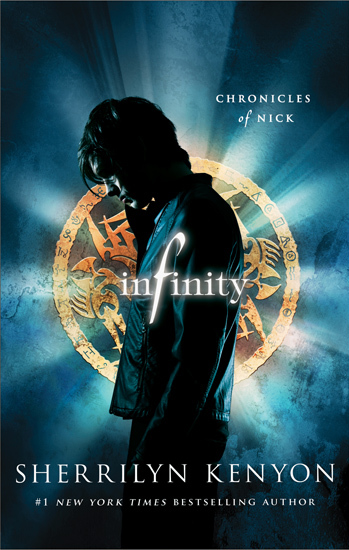 "All the scary things that go bump in the night are real and you should pray you never come into contact with them in their true forms. They exist and are all around us. From the butcher and baker on St. Anne, to the little old doll maker on Royal, to the captain of my football team who happens to be a werewolf. In fact, your favorite restaurant could very well be run by an entire family of shape-shifting bears."
Advertisement:
"But you know what? I strangely think I like it. And it is a whole lot of fun."

This is the story of Nick Gautier a character from the Dark-Hunter series years before he appears in Seize the Night. In this series, he becomes aware of the other world of demons, daimons, dark-hunters, shape shifters, zombies and everything else weird. Helping him in this journey is his...cynical bodyguard, Caleb and even better the gorgeous, kind, and mysterious Nekoda.