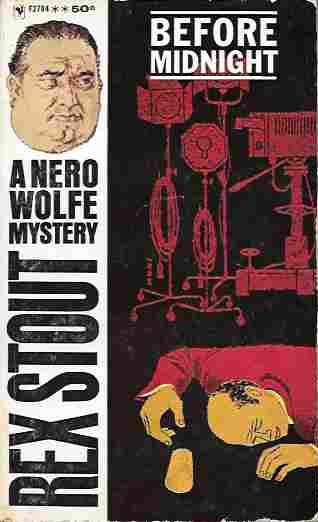 The chief executives of the advertising agency Lippert, Buff, & Assa (LBA) hire Wolfe in regards to the murder of rising executive Louis Dahlmann. But their request is not that the murderer be caught: Dahlmann had been running an advertising contest for Pour Amour perfume, and his wallet containing the answers to the final contest riddles was stolen from his body. As the deadline for the final five contestants to solve the riddles is before midnight one week hence, LBA wants Wolfe to figure out who stole the wallet. Despite contradicting dictums from the LBA executives, a contestant whom Archie remarks might have driven Wolfe from the case had he not accepted the job, and yet another errand given to Saul Panzer that is kept out of Archie's eyes, the residents of the brownstone on West 35th Street must uncover not only a thief, but a murderer - one who will drive Wolfe to fury by striking again.