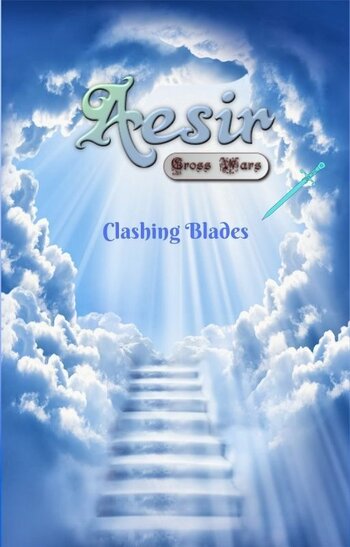 Aesir: Cross Wars is an ongoing story on Wattpad. The link is here

In the world of Aesir: Cross Wars, there exist nine worlds, but this story focuses on the conflict between two of them: Inferno and The Great Sky, lands of the dead.

One thousand years ago, Angrboda, queen of Inferno, declared war on The Great Sky. There were many casualties, but Odin, king of The Great Sky, prevailed, slaying her in battle. This war came to be known as the Cross War.

After victory came a thousand years of peace, bringing us to the present day, where Angrboda’s daughter, Hel, has taken the Infernal throne. Having plotted vengeance for a thousand years, Hel has chosen now as her time to strike, and declares war on the Sky.

This story follows the battles fought by Oz, the hero of this book. The adoptive son of Thor, who has left to slay an evil creature known as the Jormungandr. With an alliance with Freya, the Goddess of Love, he battles Hel’s demonic generals, the demons within himself, and the fourth wall.

Aesir: Cross Wars prides itself on its comedy first and foremost, but tries to weave that in while genuinely trying to tell a story. Having undergone multiple rewrites, the entry below tries to detail the current and final version of the story.

This story contains examples of the following: