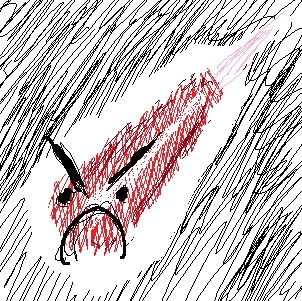 Like this, except more flashy.
Angry Laser Space is a Vertical Scrolling Shooter WIP by Søren "Comrade Shook" Ovesen, with coding and level design by Chartle, and music by Sebastian MRM

For no given reason, you control a spaceship that flies out to fight armies of enemy ships with nothing but a couple of front-mounted cannons, a directional turret, and various upgrades to your ship that can be purchased with money and levels gained from shooting enemies. Lasers will be involved, and they may be quite mad.