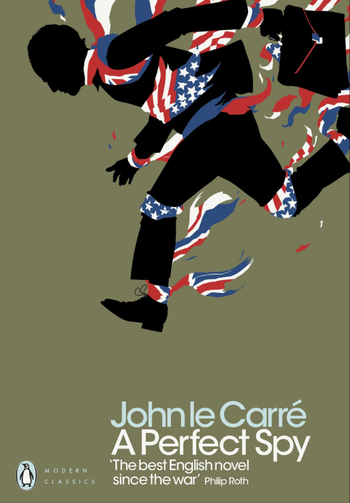 Love is whatever you can still betray... Betrayal is a repetitious trade.
A Perfect Spy

During the Cold War, British diplomat and undercover spy, Magnus Pym is missing. His colleagues at MI6 have come to the realization that Magnus is a double agent; working for Czechoslovakian intelligence.

Torn between two spymasters and a domineering father who has towered over him his whole life. Magnus sets down in a quiet Dorset town to make his last will and testament. Waiting to see who gets him first: The British or the Czechs...

The book draws directly on le Carré's own early life and relationship with his father. The tale shows the strains of betrayal, keeping secrets and the ultimate costs of a double life.