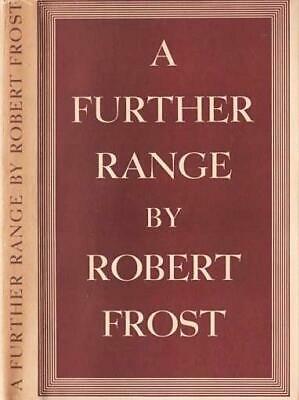 A Further Range is a 1936 poetry collection by Robert Frost.

It is an eclectic mix ranging from long dramatic monologues to epigrams as short as two sentences. Like everything else he wrote, it's an ode to Hollywood New England, with apple trees, flowing streams, and farmers chopping wood. Additionally however, this group of poems, written in the 1930s as America struggled through The Great Depression, touches on themes of poverty as well as the urban/rural divide (siding, as Frost always did, with the rural).

Notable poems in this collection include "In Dives' Dive