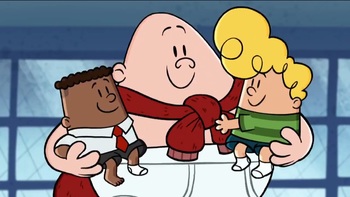 For a comedy series about a guy flying around in his underwear, there are surprisingly a LOT of very sweet moments.