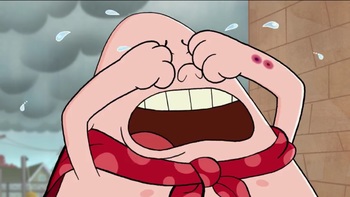 Yes, even a show as silly as this can seriously tug at the heartstrings sometimes.