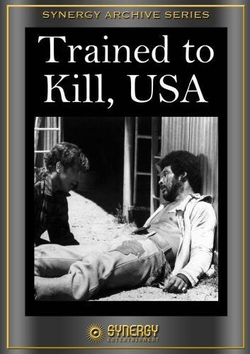 Trained to Kill, USA is a 1973 American Action Genre film featuring Sid Haig and distributed by The Cannon Group.

Olie Hand is a decorated soldier who has just come back from Vietnam. Unfortunately, his hometown has been overrun by murderous bikers. Tormented by PTSD, Olie wants to let the police solve the problems, but is forced to change his tune when they prove ineffective.