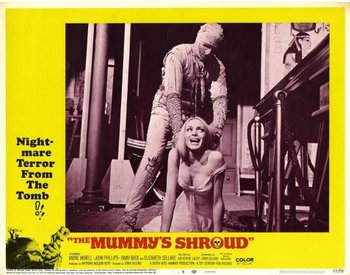 The third Hammer Horror film with a Mummy from the year 1967.

The corpse of Kah-To-Bey, a son of a Pharaoh who fled to the Egyptian desert after a coup, is discovered from its makeshift tomb and is brought to the civilization. This makes the guardian of the said tomb give life to the mummified remains of Kah-To-Bey's late servant Prem, who then starts killing everyone involved in the tomb's desecration.