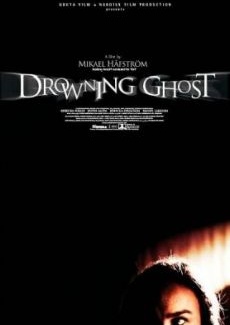 "The farmer killed three students and threw himself in the lake. Exactly one year later he returned to Hellestad."
"What? Whasn't he dead?"
"Oh yes he was dead. He was a strandvaskare"
"A what?"
"A drowning ghost"
Advertisement:

After directing the academy award nominated film Ondskan (Evil), Swedish director Mikael Håfström was able to finance an old script he had written with his friend Vasa that had been rejected by the Swedish Film Institute. Althrough far from the first Swedish slasher film, it was the first with a large budget. The result was Drowning Ghost or Strandvaskaren as it is called in Sweden. A "strandvaskare" is in Swedish folklore the ghost of a drowned man, bound to haunt the place where he drowned.

Hundred years ago, three students at the Hellestads Boarding School were brutally slaughtered, the murderer drowned himself in a lake nearby and his body was never found. The story has become a legend for generations of students as well as a yearly festivity. Sara, a student, is writting an essay based on the legend and uncovers new facts from the event that will cast dark shadows on the family name of one of the school's main benificiaries. On the night of the hundreth anniversary, the festivities go awry, students disappear and something dark and unknown is moving through the schools corridors...