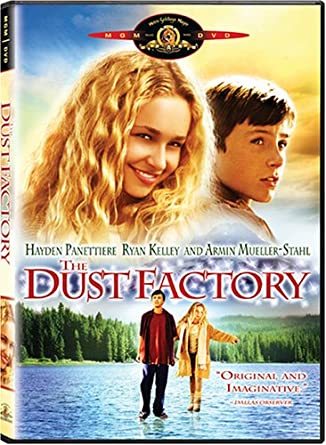 The Dust Factory is a 2004 film written and directed by Eric Small, starring Armin Mueller-Stahl, Hayden Panettiere, and Ryan Kelley.

Ryan Flynn, traumatized after losing his father, falls off a bridge into a river and apparently drowns, only to find himself in a strange place called the Dust Factory occupied by people on the verge of death. Ryan reunites with his grandfather (who in the real world has Alzheimer's), and meets a young girl called Melanie (who in the real world has a brain aneurysm) who's convinced the Dust Factory is under an endless winter - not something Ryan or his grandfather can see.

Their ultimate fates, like everyone there, will be decided in a strange circus where they leap across the arena into the arms of a trapeze artist; if they fall into the dust below (hence the title) they return to the land of the living, but if not...