Film / Drunk on Women and Poetry 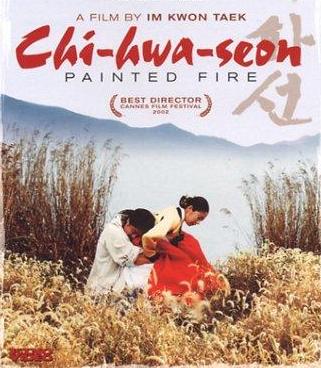 Drunk on Women and Poetry (also titled Chihwaseon and Painted Fire) is a biopic of 19th century Korean painter Jang Seung-up a.k.a. Ohwon. It was directed by Im Kwon-taek, arguably the most famous filmmaker in South Korea, who had previously directed Chunhyang.

Ohwon was an anti-conformist who stubbornly followed his (often liquor-addled) vision of art, living a wandering life and eschewing official honors. In spite of that, he nonetheless rose to fame as the greatest painter of his time in Korea. The film depicts both his life and the social and political troubles that plagued Korea in the 19th century, and that would culminate with Japanese takeover.