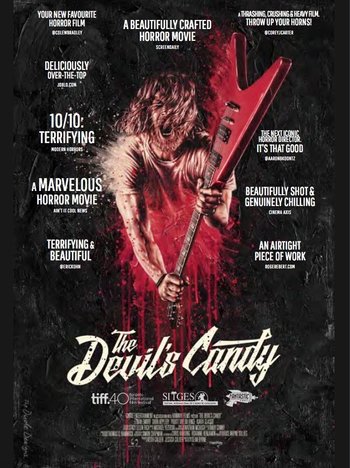 The Devil's Candy is a 2015 horror film written and directed by Sean Byrne, who also wrote and directed The Loved Ones.

Heavy-metal painter Jesse Hellman, his equally metal daughter Zooey, and his amused-but-exasperated wife Astrid move into a house, in which some "accidental" deaths have occurred. Jesse begins to hear vague, demonic chanting, and finds himself falling into trances. His paintings take a darker turn. And the deranged former occupant of the house begins to come by...