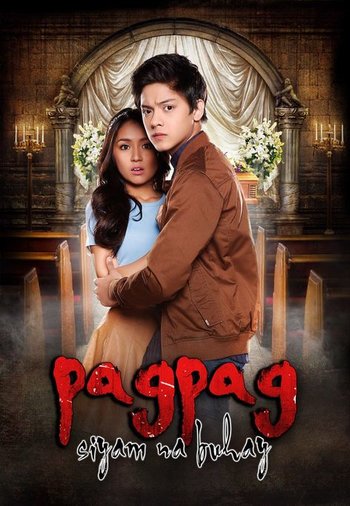 Pagpag: Siyam na Buhay (officially translated as Pagpag: Nine Lives in English) is a 2013 Philippine supernatural horror film directed by Frasco S. Mortiz. The film was released on December 25, 2013 at the Metro Manila Film Festival and stars Kathryn Bernardo and Daniel Padilla with Paulo Avelino and Shaina Magdayao. The movie follows a group of teenagers that are terrorized by an evil spirit.

The word "pagpag" in its title refers to the traditional Filipino belief that one should never go home directly after visiting a wake since it risks bringing evil spirits or the deceased to one's home. The spirit's targets each violated a funeral superstition, and the spirit attempts to collect their lives in ways relating to the rule they broke. Beware of spoilers.