Film / House on the Edge of the Park 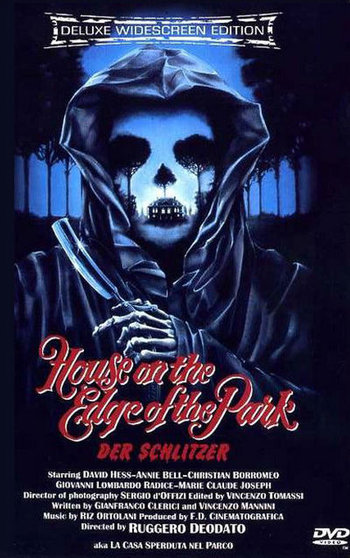 House on the Edge of the Park is a horror-thriller film released in 1980 directed by Ruggero Deodato (Cannibal Holocaust). It stars David Hess and Giovanni Lambardo Radice. Two lowlife punks, Alex and Ricky (played by Hess and Radice, respectively) invite themselves to a party at a posh villa and after being taunted by their snobbish hosts, hold everybody hostage and subject them to various tortures and humiliations.

The film was classified as a Video Nasty but has since been released. It is usually regarded as a sleazier and inferior version of The Last House on the Left.