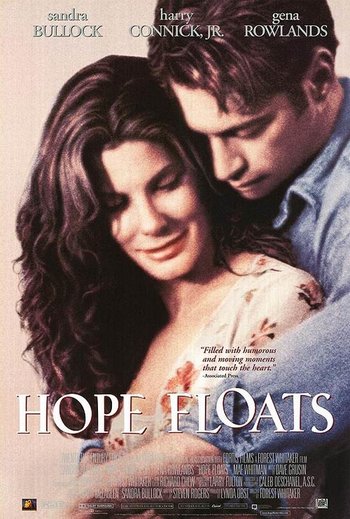 The film stars with Chicago housewife Birdee Pruitt (Bullock) accepting an invitation to a talk show, supposedly to receive a makeover. Actually she is there to have her husband Bill (Michael Paré) publicly announce the end of their relationship. He is leaving her for her best friend Connie (an uncredited Rosanna Arquette). Humiliated on national television and with nothing keeping her in Chicago, Birdee takes her young daughter Bernice (Whitman) and moves to her hometown of Smithville, Texas. She has to reconcile herself with her estranged mother Ramona Calvert (Rowlands) and start working for a living.

She has further problems with getting accepted by the locals. Birdee used to be the Alpha Bitch in high school, a three times beauty pageant winner and one of the few of her contemporaries who managed to make it outside the small time. Several people have held long-time grudges for her, have seen her broadcasted public humiliation and don't miss a chance to rub it in her face. The exception is Justin Matisse (Connick), a former classmate who remembers her fondly. There is a growing mutual attraction between them. Unfortunately, Bernice is a Daddy's Girl and blames her mother for taking her away from her father. She sabotages any attempts Birdee makes to start dating again. Until realizing that her father no longer cares about her.