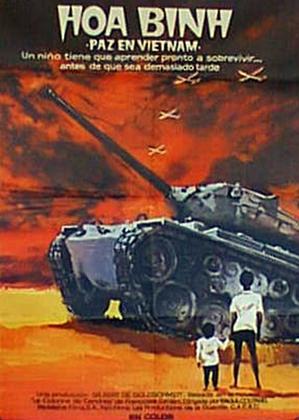 Hoa-Binh is a 1970 film from France directed by Raoul Coutard.

It's in the French language but it's set in Vietnam and most of the cast is Vietnamese. Hung is a boy of maybe ten, living with his mom and dad and his toddler sister Xuan in a peasant village. Life gets more difficult for the family when father Tri leaves to join the Viet Cong, The Vietnam War then raging. A problem turns to disaster when Hung and Xuan's mother then falls ill and soon dies from a particularly aggressive cancer.

One of only three films directed by Raoul Coutard, who had a busy career as a cinematographer for Jean-Luc Godard and other directors of the French New Wave.