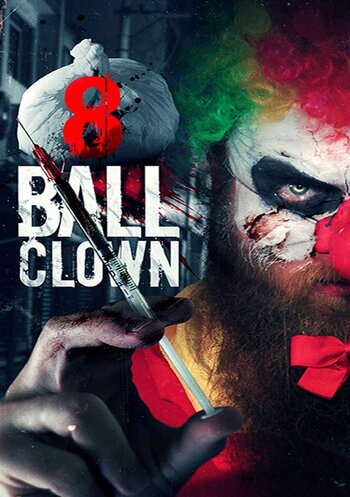 8 Ball Clown is a Horror Movie by Alexander Shell.

8-Ball the Clown (Jacob Le Doux) is a down-on-his-luck, heroin-addicted clown who's tired of being laughed at, and of clowns being hated. And his sanity isn't doing him any favours, as he spends his time doing drugs and killing people.

Worse, some kids have been prank calling him non-stop, each time leaving him nasty comments that compel him to try and kill himself (keyword being "try"). However, instead, 8-Ball decides he'd rather put an end to their torment.