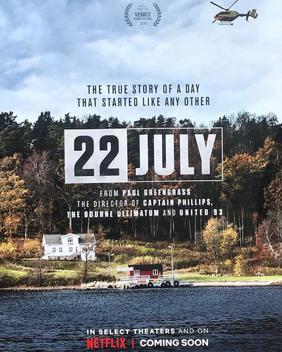 22 July by Paul Greengrass is an adaptation of the non-fiction book One of Us: The Story of a Massacre in Norway — and Its Aftermath, which is about the 2011 Norway attacks. It explores the buildup to the attacks, the actual attacks, the trial of Anders Behring Breivik (the perpetrator of the attacks), and follows Viljar Hanssen, a survivor of the Utøya massacre who was severely injured.