Film / Cosmos: War of the Planets 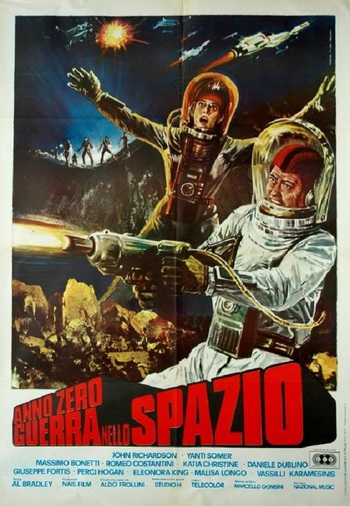 Cosmos: War of the Planets is a 1977 Italian Space Opera film.

Fred Hamilton is a captain in future Earth's space military, who distrusts the newly-invented artificial intelligence. He's sent to address a distress signal from a group of aliens who have disabled all of Earth's communications until the humans help them. The aliens are rebels who are trying to destroy a computer that has taken over their world and plans to expand its destruction to Earth. Gathering his crew together, Hamilton goes to save both worlds from robotic tyranny.

It got a US DVD release by Mill Creek Entertainment.