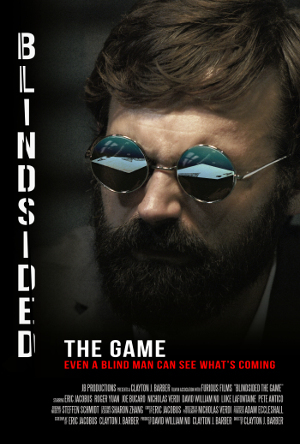 Blindsided: the Game is a 2018 action film by Jacobus Barber Productions, starring Eric Jacobus as Walter, a blind man who loves his apple pie. When a local store-owner Gordon is shaken down by a group of thugs, Walter is nearby, and steps in to fend off the thugs. Unfortunately, Gordon owes money to Sal, a lot of money, and they're not going to take no for an answer. Walter is forced to get more involved, and the question keeps coming up, who is this blind man?

An expansion of the 2016 twelve minute short film

The film exhibits the following tropes: