Fanfic / At the End of Days 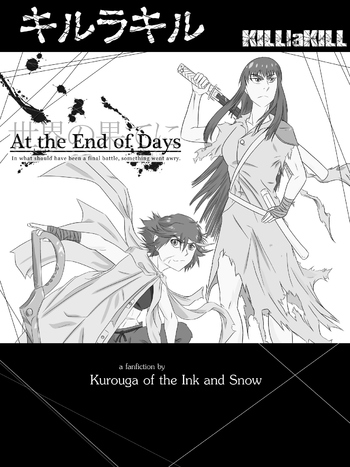 "You know humans don't live in this world anymore, Nee-chan. They only survive."

At the End of Days

is a Kill la Kill Alternate Universe by Kurouga of the Ink and Snow. The one-shot version can be found on fanfiction.net [1]

In what should have been a final battle, something went awry, leaving Satsuki and Ryuuko now drift through a dangerous world, battling a bleak reality to keep their grasp on a tenuous purpose. Their story of life after catastrophe, and rebellion against fate's design, unfolds there at the end of days.

Tropes for At the End of Days: