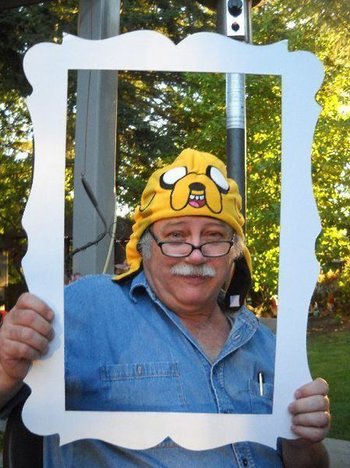 He is a pioneer of the Mature Animal Story in the Comic Book medium with his series, Albedo Anthropomorphics, which is a sophisticated Military Science Fiction series with supposedly Funny Animal characters in spirit of works like A Very British Coup. In doing so, he gave what once a purely children's fantasy in modern times a new field for adults.

He also did the art for Albedo: The Role-Playing Game and contributed some pieces to Refractions, an official Albedo fanzine.