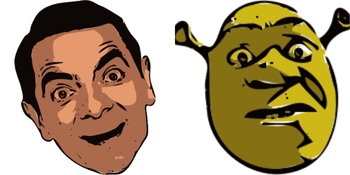 Two of his targets.
Advertisement:

Satire Games is a Kongregate developer who creates, well, satire games. They focus on a single character, who gets hit with (usually) misfortune.

Five types of games they make:

Characters appearing in these games: