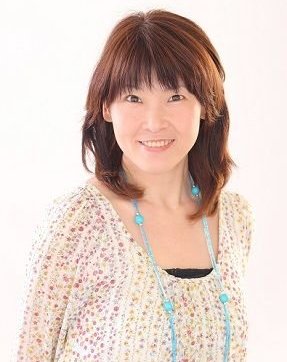 Born December 12, 1966, Sachiko Sugawara is a seiyuu currently affiliated to Arts Vision, as well as a member of the Gekidan Akapera Club (a theatrical company founded by and composed of alumni from Katsuta Seiyuu Institute).

Before becoming a seiyuu, she worked at a securities company. She then got her voice acting training at Katsuta Seiyuu Institute in 1986 ; she met there, in the same class as her, Michiko Neya, and they are best friends since then.

In 1994, Sugawara meets the role she would be best remembered for: Saki Nijino, the cheerful manager from Konami's famous Dating Sim Tokimeki Memorial. The success of this character being humongous, she came to voice her for numerous games and dramas of the series even to this day (the latest game Saki starred in was Tokimeki Memorial Pachislo in 2009), and even recorded half a dozen of song albums.

Unfortunately, Saki is basically Sugawara's One-Hit Wonder role, as she has a very short list of roles after that, with nearly all of them being minor characters; moreover, her singing skills are, to put it nicely, a bit limited (that said, for her Tokimeki Memorial-related albums, if you imagine that it's Saki who's singing the songs when you hear them rather than Sugawara, they become much more pleasant to hear).