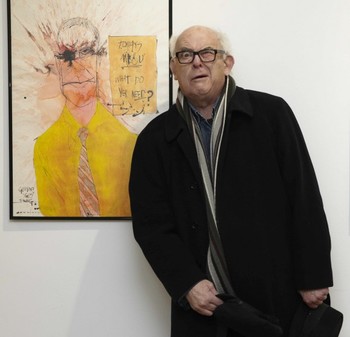 Ralph Idris Steadman (born 15 May 1936) is a British illustrator best known for his collaboration and friendship with the American writer Hunter S. Thompson. Steadman is renowned for his political and social caricatures, cartoons and picture books, his hyperactive, ultra-expressionistic style since becoming the visual style of Gonzo Journalism.

Ralph Steadman and his works demonstrate the following tropes: