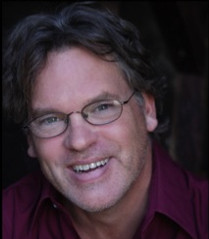 Peter Doyle (born July 8, 1963 in Grand Ledge, Michigan) is an American voice actor that was prominent in anime and video game dubbing from 2001 to 2009. He was often cast as softer-voiced young men and teenage boys, or any fatherly or incidental male roles that required a particularly higher and distinct voice. There would be the occasional case of him playing against this type, such as his role as Young Zenki in Kishin Douji Zenki.

In non-union voice work, he could often be seen alternatively credited under the alias "Jim Taggert", one that wound up occasionally mistaken for belonging to another actor (Stephen Apostolina).

After 2009, he dropped off the radar and seemingly retired from anime dubbing to do more behind-the-scenes sound mixing and foley work, with his last documented voice acting roles being a reprise of Dominic in the Eureka Seven film, as well as additional voices for the game Samurai Warriors 3. Adding to his scarcity in recent years would be the fact that he was diagnosed with small-cell carcinoma, and has spent time fighting the disease. He made a reappearance in voice over in 2020, reprising Dominic for the Anemone: Eureka Seven Hi-Evolution film.