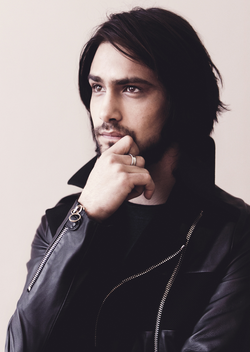 Luca Giuseppe "Luke" Pasqualino (born 19 February 1989 in Peterborough, England) is an English actor. He's primarily known for his roles in British television, namely Skins as Freddie McClair and The Musketeers as d'Artagnan. He also played a younger version of William "Husker" Adama on Battlestar Galactica: Blood & Chrome, and starred in the 2014 post-apocalyptic thriller Snowpiercer.

He provides example of: