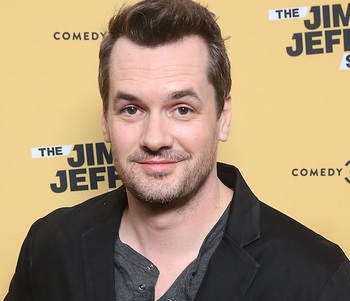 Geoff James Nugent (born 14 February 1977 in Sydney, Australia), best known as Jim Jefferies, is an Australian stand-up comedian, actor, and writer. Jefferies created and starred in the series Legit (2013) from 2013 to 2014, and later went on to host his own late-night show, The Jim Jefferies Show, since 2017.