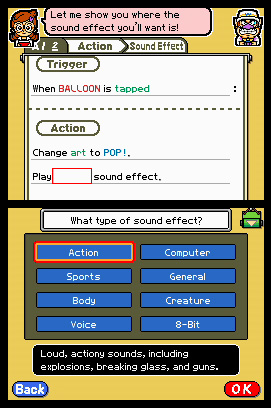 Many games have tutorials that must be completed before the game can begin. Even if you've already beaten the game, if you start anew you must do the tutorial again, which can be frustrating. However, for someone who is just starting, tutorials can be more useful than reading the manual as it gives some hands-on experience before being thrown into the action.

An Auto-Pilot Tutorial, however, is more like watching a manual than actually practicing. Control is taken away from the player as the game demonstrates how to perform tasks by itself, usually with either voice-over or onscreen text explanations. Some people might find this more helpful than just being told what to do step-by-step in a controlled tutorial, as with the auto pilot the player has an idea of what they're expected to do and what it looks like to do so correctly. The downside is if this is the only tutorial for that mechanic, meaning the player doesn't learn how to do it for real.

Tutorials are on a sliding scale. Some are nominally "interactive" but lock down everything except what they want you to pick.

Forces a specific next step: