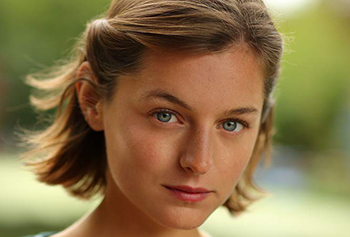 One of her first major roles was the girlfriend of Alfred Pennyworth, Esme Winikus, in the Epix series Pennyworth, and she gained further notice as Lady Diana Spencer in the fourth season of The Crown.