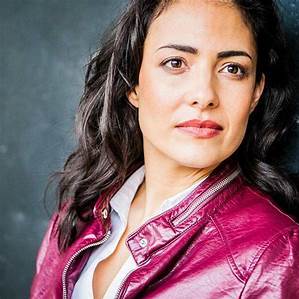 Nicola Correia-Damude is a Canadian actress, born on June 21, 1981 in Toronto. She is of Guyanese descent on her mother's side. Correia-Damude has become known due to her work in Shadowhunters and The Boys (2019). She has also acted on stage, and done voice work. Additionally, she is a singer-songwriter who plays piano and guitar. She also has a background in dance, which includes classical, jazz, modern, step and tap.

Correia-Damude has been outspoken in advocating for expanded diversity in acting roles, especially greater opportunities for women, and improving conditions for those with children plus their families who are in the industries. Openly bisexual, she has also advocated for LGBT+ acceptance and rights.

In 2013 she received the Best Actress in a Feature Film award at the San Diego FilmOut festival for her work in Margarita (playing the title role).

Since 2013, she has been married to Carlos Gonzalos-Vio, a fellow actor, and they have a son together.

Examples from her work include: