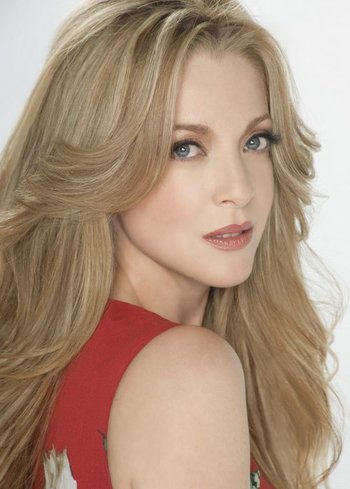 Her acting career began while she attended the popular Mexican variety show Siempre en Domingo, where she was chosen from the public to play a role in a sketch. From then on, she appeared as a child actress in small roles in several TV series and films from The '70s, making her film debut in René Cardona Jr.'s El rey de los gorilas (1977), alongside Hugo Stiglitz,note Not that one... although that one is named after said actor; Quentin Tarantino is a fan of Stiglitz's exploitation films. and appearing on Cardona Jr.'s Cyclone and Guyana: Cult of the Damned,note You may remember the latter for being reviewed by The Cinema Snob. before being cast in her first mayor role in Los ricos también lloran. From then on, she would have a long career in telenovelas, with her most famous roles being as Mónica in the 1993 version of Corazón salvaje, the title character in Salomé (2001), and the title character in the 2008 TV adaptation of Doña Barbara.

In 2016, González was diagnosed with ovarian cancer, for which she received treatment and initially went into remission. Unfortunately, weeks of speculation of the return of the disease were confirmed when González died on June 13, 2019 as a result of it at the age of 54. In the eulogies that followed, González was fondly remembered by colleagues and fans as a great actress and a loving human being.

Series she appeared in with pages on TV Tropes:

This actress's work features examples of: