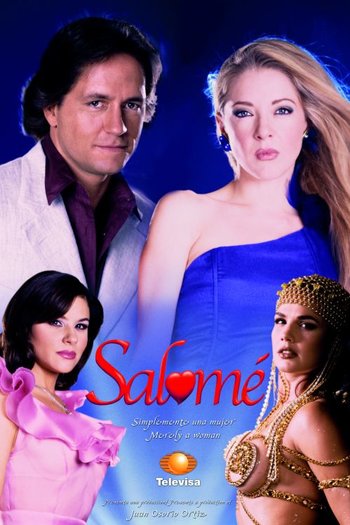 In The '80s, Salomé (Edith González) is a cabaret dancer who works at the cabaret Salón D'Rubí with her best friend, Karicia (Niurka Marcos). Through an acquaintance, Diego Duval, she meets Diego's brother-in-law, Julio Montesino (Guy Ecker), who is married to Ángela, who has a fatal illness and is unable to bear children. Salomé and Julio begin an affair and she gets pregnant. Lucrecia (María Rubio), Julio's overbearing mother, is obsessed with having a grandson, so she proposes to pay Salomé for giving them her child when he is born. Salomé at first reluctantly accepts and moves into the Montesino's mansion, but she later changes her mind and decides to keep the baby after he is born.

She runs away with the child out of Mexico City and along the way takes the two kids of a man who helps her in her escape (with his permission, as he couldn't look after them). Salomé raises all three kids together in order to conceal her own son. When the boys grow up, they decide to go to college in Mexico City and she is forced to move back. It isn't long before she encounters Julio again, and along the way a whole slew of new problems.