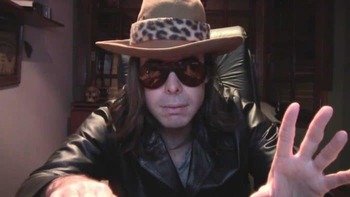 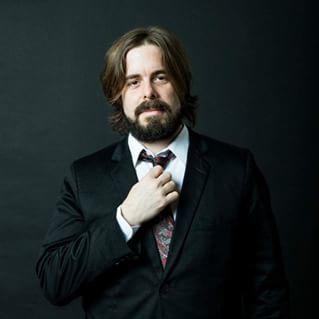 Ángel David Revilla (born July 16, 1982) is a popular Venezuelan writer and Youtuber, known for his horror-related material, top 7 topics, and certain disputes. He later moved to Argentina in 2007.

Revilla had it start as a videogame reviewer in Meristation before moving to his own blogging site, "El Diario de Dross" (Dross's diary), where he published reviews, short-stories, and prank material. Later, he went to Youtube, becoming one of the most subscribed channels of Argentina and later Latin America. He originally focused more on comedy sketch materials with a exaggerated version of himself called Dross Rotzank, known for his Iconic Outfit and Nice Hat, vulgar humor and disputes against other youtubers, but by 2013 he decided to focus entirely on horror and conspiracies material.

By 2015, he became an author, joining the "boom" of writers who gained attention thanks to Youtube, with his book, Luna de Pluton", which he kindly likes to remind you is a best seller in many countries (even fictional ones) Read it, he knows you will love it. Thank you very much. Despite no longer making content related to the character, he decided to publish his books with his character name.

Dross is quite controversial in certain parts of the internet due to his material and his audience, but he is also known for being a promoter of cult material, be it movies or trivia.

Tropes involved in his videos: