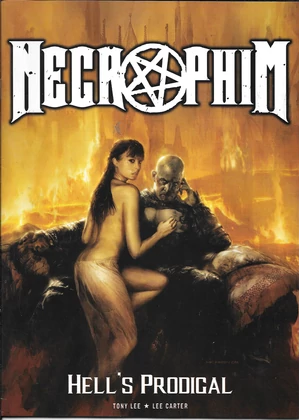 Necrophim is a supernatural horror comic published in 2000 AD, covering the battles between different factions of demons, gods, and fallen angels residing in Hell.