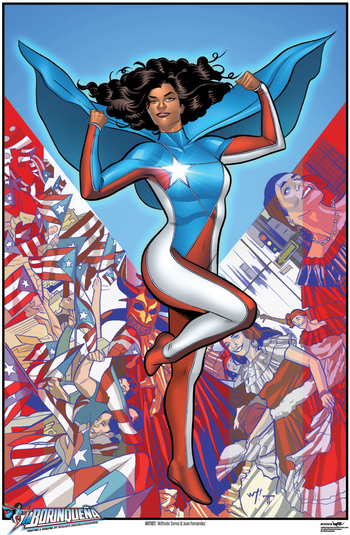 Named after the national anthem of Puerto Rico, La Borinqueña mainly deals with political issues such as voter rights and climate change and police accountability. Her creator has described her more as a "symbol of hope" than a "crime fighter".

In 2018, La Borinqueña crossed over with The DCU in Ricanstruction: Reminiscing & Rebuilding Puerto Rico. In the comic, Marisol has commissioned the help of DC's superheroes aid rebuilding efforts in Puerto Rico, in the wake of the real life hurricane Hurricane Maria of 2017. Proceeds of the comic went to recovery efforts for Puerto Rico.