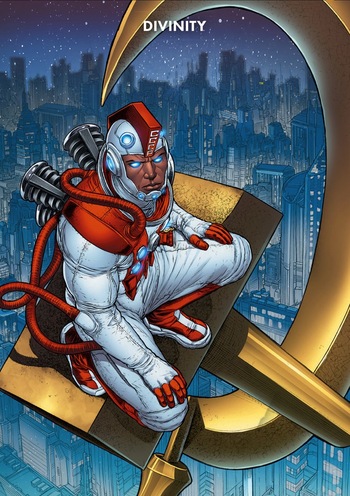 Divinity is a Valiant Comics series written by Matt Kindt and drawn by Trevor Hairsine.

Back during the Cold War, the Soviet Union realized that it was not going to beat the United States to become the first country to land on the moon, and thus set its sights further out, greenlighting a dangerous mission to send three cosmonauts into deep space. The ship went missing among the stars, and everyone assumed that its crew had been lost forever... until pilot Abram Adams, now called Divinity, reappears in Australia with seemingly godlike powers.