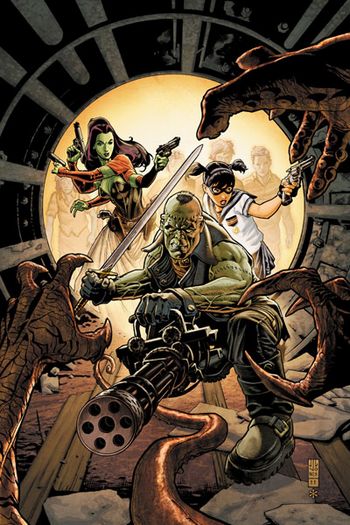 In The DCU, a US military group called the Super Human Advanced Defense Executive, or S.H.A.D.E., monitors supernatural and superhuman activities. Led by Father Time, an immortal old man who regenerates a new body every decade (currently in the body of a little Asian girl), agents are deployed to deal with the strange and bizarre threats to humanity that normal people can't face. Their greatest agent is Frankenstein, a character based on the monster from the novel of the same name, an undead, unstoppable killing machine with the soul of a poet. Along with his team of monsters, the Creature Commandos, and his ex-wife Lady Frankenstein, Frankenstein keeps humanity safe from the things that go bump in the night.