Warning spoilers for season 3 as some will be uncovered to avoid an all white page and these characters' history being tied to the events of the season.

The individuals whose actions proved instrumental in triggering the nuclear holocaust that destroyed the Earth 97 years prior and shaped the course of human history ever since, both on the ground and on the Ark. They appear in the episode Thirteen in the flashbacks. 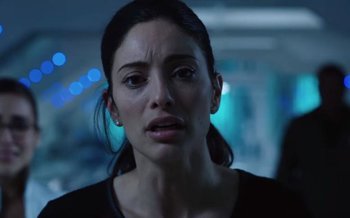 Becca Franko was a scientist and owner of Polaris, responsible for creating A.L.I.E. in the year 2051. Later she became the sole survivor of Polaris and descended to Earth to become the first Commander of the Grounders. After coming into conflict with the surviving members of the Second Dawn, she was burned at the stake by their leader, Bill Cadogen. Subsequent commanders are referred to as "Heirs of Bekka Pramheda". Part of her consciousness is preserved within "The Flame", an artificial intelligence that she originally designed to combat A.L.I.E. 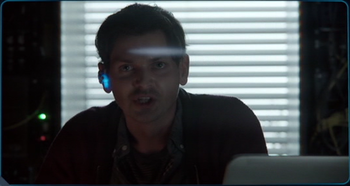 A scientist and Becca’s colleague, he helped with the creation of A.L.I.E. 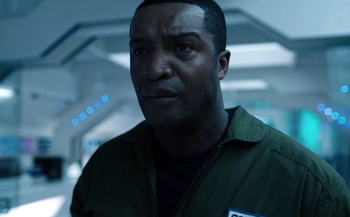 The Commander of the Polaris space station. 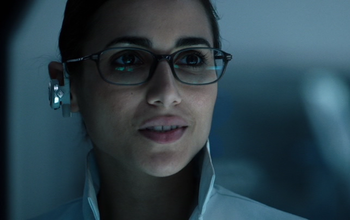 Peri Gordon was Becca's lab assistant on the Polaris. She assisted Becca with the work on A.L.I.E. 2.0. Two years later, just before Polaris was to join The Ark, she informs Cole McAdams of their research. Gordon begs Becca to destroy her research, but Becca refuses, leading to the destruction of Polaris.