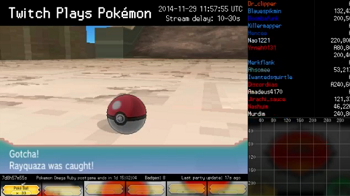 AA-J with a Master Ball? How about a Rayquaza with a single pokeball?!
Advertisement: