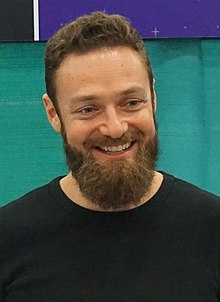 Ross Marquand (born August 22, 1981 in Fort Collins, Colorado) is an American actor and impressionist best known for his role as Aaron in The Walking Dead. He joined the series during its fifth season and was promoted to main cast member in Season 8.