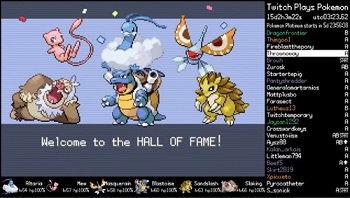 Guess how long it took this time? No, really. Guess.note Eight runs.