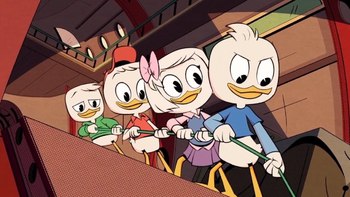 "You guys, our family is awesome!"
Advertisement:

WARNING: Per wiki policy, Spoilers Off applies to Awesome Moments pages. All spoilers are unmarked!